is an urban project (Stadtraum Projekt) dealing with the subject of bio tech in the southest rhine valley. This region has the biggest agglomeration of bio tech on humans, animals, plants worldwide. The idea is to make the researching and engineering visible to the inhabitants of the region without necessarily getting into pro or cons of the subject. The setting was created in form of a kick off event, 7 public daylong events through out 7 places inside the city of Freiburg and a concluding event. The pieces was produced by the Theater Freiburg and matthaei&konsorten ( Lukas Matthaei, direction / Daniel Hengst, new media / Doris Dziersk, scenography / KJ, music, sounddesign) The piece happend between april 15th and 23rd.

KJ realized a classical audio communication process of analyzing different parameters and event in order to get as a result a sound DNA, which whom a sound design production could work. The DNA resulted in a soundlogo, audio and video clips, jingles, podcasts, a soundinstallation surrounding the public event installation and a hymn, which was sung before and during every of the 9 events. The sound identity of superkörper was combined to the soundidentity of the city of Freiburg as well as the soundidentity of the specific districts of the city. 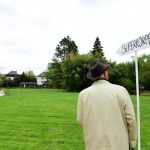 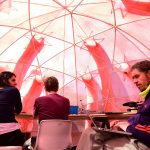 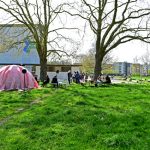 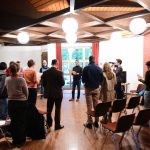 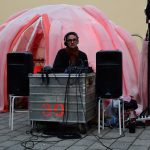 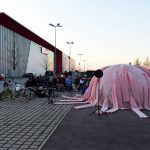 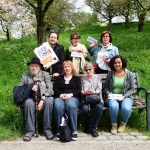 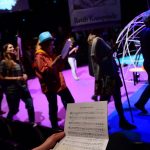 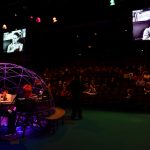 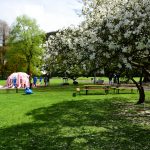 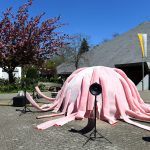 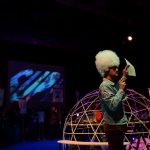 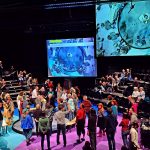 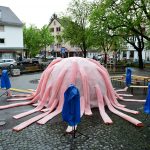 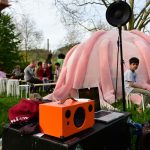 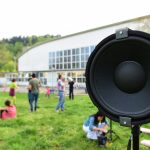 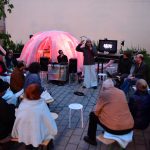 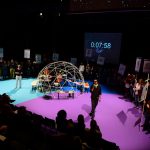 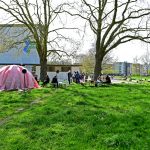 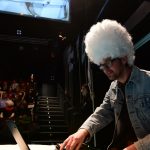 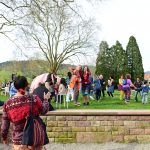