Klaus Janek is a Berlin based composer, contrabassist, researcher. Originally from Bolzano/Italy he moved to Berlin in the mid 90ies. His solo and collaborative work is published on an 5 albums consisting lp edition called almenrauschen and will be released during 2019.

Janek is known for his unique musical approach combining the compositional and performative act on his set of contrabass and electronics and his interdisciplinary collaborations in choreography, music theater and spoken words. He intensively seeks for the balance of aesthetics and discourse in his work. His artistic idiom finds concert and festival appearances in EU, US, CAN, J, CH, Russia, China, Malaysia, Brazil and Rwanda but also co creations in movement, theater, sound and radio art, and in album formats. A special curiosity focuses on the influence of tradition and music expressed as time phenomenon. In the search of expanding the music material the reciprocity of drown and melodic fragmentation becomes a key element. Embracing the characteristics the contrabass as an instrument and a function fulfills, Klaus Janek’s music supports the access of the coauthors and audience to a fine tuned and sensitive complex world to perceive.

He is a forming member of [sndng sttns] with Milena Kipfmüller, grapeshade with Ingo Reulecke and Biliana Voutchkova, macchina som allstars with Lukas Matthaei and Milena Kipfmüller, and a member of Ensemble Extrakte directed by Sandeep Bhagwati and Elke Moltrecht and regular collaborator of Meg Stuart/Damaged Goods and matthaei&konsorten. Commissions bring him to compose and perform at Louvre, Berghain, transmediale, Transart, white night (Montreal, Tel Aviv), Impulstanz Wien, Vision Festival NYC and many others. He lectured in various universities worldwide. Residencies brought him to Brazil (Vila Sul), Belgium (Q-02), Israel (Musrara Art School), NYC. He earned a scholarship from Robert Bosch Stiftung and grants from culture exchange office Berlin and culture office, Bolzano. The work Musraropera by [sndng sttns] was selected as winning piece of “Music Theatre Now 2018”.

>This elaborate, highly visual piece [Caspar] is a milestone in the doublebass repertoire. Comes with our highest recommendation. – Diarmala Records

It is clear that Klaus Janek is a prime force on the avant-garde double bass scene. – Matt Shimmer [indieville] 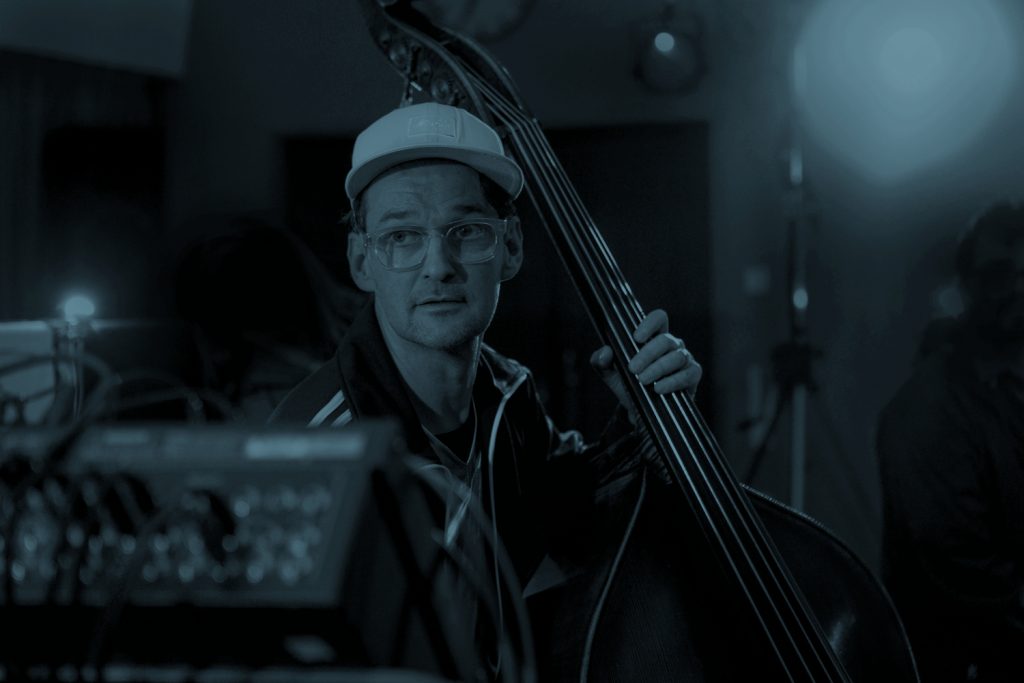