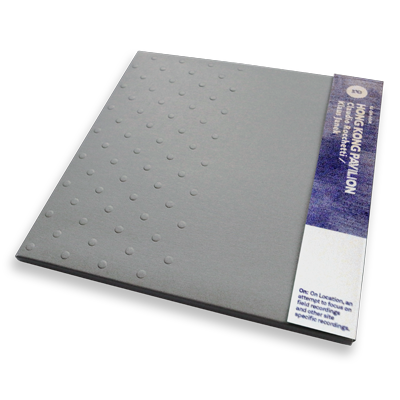 (cd, 2014 Re Records)
Collaboration between Claudio Rocchetti and Klaus Janek. It is a heavily processed work on the field recordings taken during their trip to/in Hong Kong. Be prepared to get lost in a space and time that exists somewhere along the blurred line between the real and the surreal.

The enviromental sounds of Hong Kong in August, as recorded and remixed by Berlin ased Italians Claudio Rocchetti and Klaus Janek, are the source material for Hong Kong Pavillion. Dreamy rather than dramatic, it’s a crafty layering of insects, distant voices, light industrial activity and bowed bass (maybe bassist Janek was doing some practice). Field recordings are crossfaded in and out, presented as an evolving performance rather than pure enviromental listenings. I used to be suspicious of manipulated field recordings, but this is most enjoyable. Perhaps because so many of these sounds are ambiguous – could that be someone eating? Or picking their theeth in a resonant room? Midway there’s a patriotic outburst, a choral anthem sung to accordion in a park.
Rocchetti and Janek’s album, while gentle enough, is a kind of noise music. Clive Bell, The Wire (362)