electro house opera directed by H. Mottl and M. Buscaino, after the samecalled movie from M. Scorzese. Music composed and live performed by KJ
AFTER HOURS follows the dark and surreal adventures of a young computer programmer, Paul Hackett. Dissatisfied with his secure yet lonely existence, Hackett embarks on a nightmarish voyage through the urban underworld. Following a series of fatal misunderstandings and events, Hackett loses his money and becomes lost in a labyrinth of clubs, bars and darkrooms where he is eventually hunted for theft and later, murder. The way back is cut off…

Music Concept
The concept is to combine the art of lyrical singing with live played minimal house. The opera is written for one actor, 3 sopranos, 1 alto, 1 bass, 1 rocksinger, a soundchoir and live played computer. (Insted of the computer it can be played by 16 instrumentalists).

excerpts of the performance 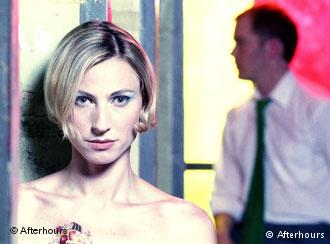 please check out the Afterhours_score