two works were commissioned by the Louvre, Paris and Patrice Chereau:

D’autres visages et d’autre corps was a performance format which was developed by Thierry Niang: 27 amateur dancers aged from 5 to 81 . They were asked to improvise for 2 hours in 9 groups in 9 rooms at the Sully inside Louvre. KJ joined the groups for 15 min each group and then continued his way to the next group. (26th and 28th of november 2010)

‘3’ is an improvisation between Thierry Niang, dance, Clara Cornil, dance and KJ doublebass. 120 people were lined up along Galerie Daru and the 3 performed for ca. 25 min. inside the space.  Afterwards the audience went to an other room were they could see the performances of Mathilde Monnier ‘un americain a Paris’ and Odile Duboc ‘bolero two’. (7th and 9th of december 2010)

3 from Klaus Janek on Vimeo. 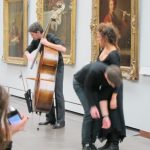 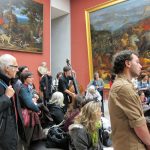 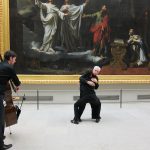 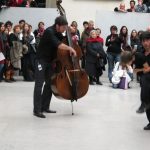 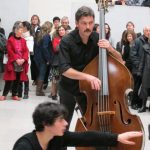 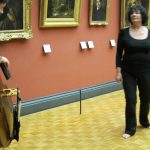 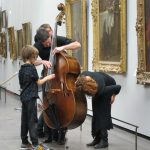 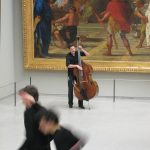 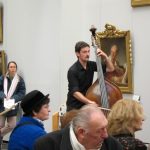 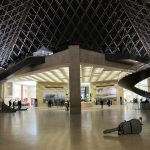