AKT tracing remembering, finding poses from Venus, Olympia and us

Judith Hummels debut choreography eliminates the interpreting position between model and viewer, the artist. The long durational 180 min setting invites the audience to create an own view point on the scene: three asymmetrical constructed platforms create the stage of three female nude models, who are on an individual time score, posing between 3 to 20 minutes in freeze (not moving)

The setting seems simple at the first view but gains complexity by going into detail: Different layers of composition come in action:
1) the composition of the single model with herself
2) the composition inside the relationship of the three (noticing, adopting, or inside one self)
3) the architectonic composition of the platforms inside the space
4) the awareness of the agreed “good” of the action but also the situation
5) the creation of a music/sound which is in constant communication with the three models, by sharing and creating together, not commenting or embedding the action but as a fourth member in creating. 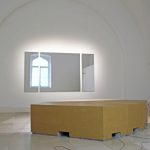 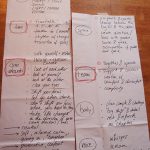 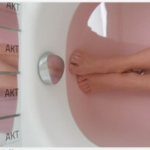 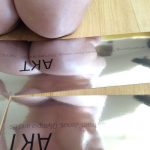 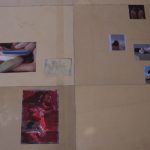 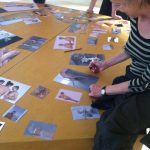 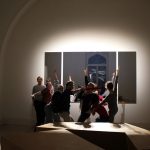 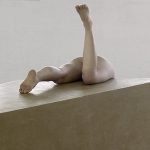 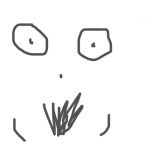