to sing while drowning

Composer, conductor, poet, researcher, curator, multimedia artist. The all-round creative force of Sandeep Bhagwati and his Matralab research center have left an indelible mark on contemporary music. For OORtreders he will arrange an exclusive live version of his experimental radio play ‘Beim Ertrinken zu singen’. This meditative mixture of sound, music, singing and reading is translated into a performance with the entire Klankenbos in Pelt as a backdrop. The perfect opening act!
Sandeep will bring his Ensemble and will work together with local musicians and performers to create a site specific performance during a 2 day workshop.

This performance is produced within the Sounds Now project with financial support from Creative Europe.

When a tsunami devastated Japan’s east coast in March 2011, Sandeep Bhagwati wrote an open score of seventeen short compositions – even before the full extent of the Fukushima disaster became visible.
The pieces have since been interpreted by female musicians and reimagined by poets. The audio piece – Bhagwati’s reaction to a world that has begun to falter – reflects his own process of creation: it depicts different trial stages, tells of provisionality, failed attempts, continuous change and becoming. 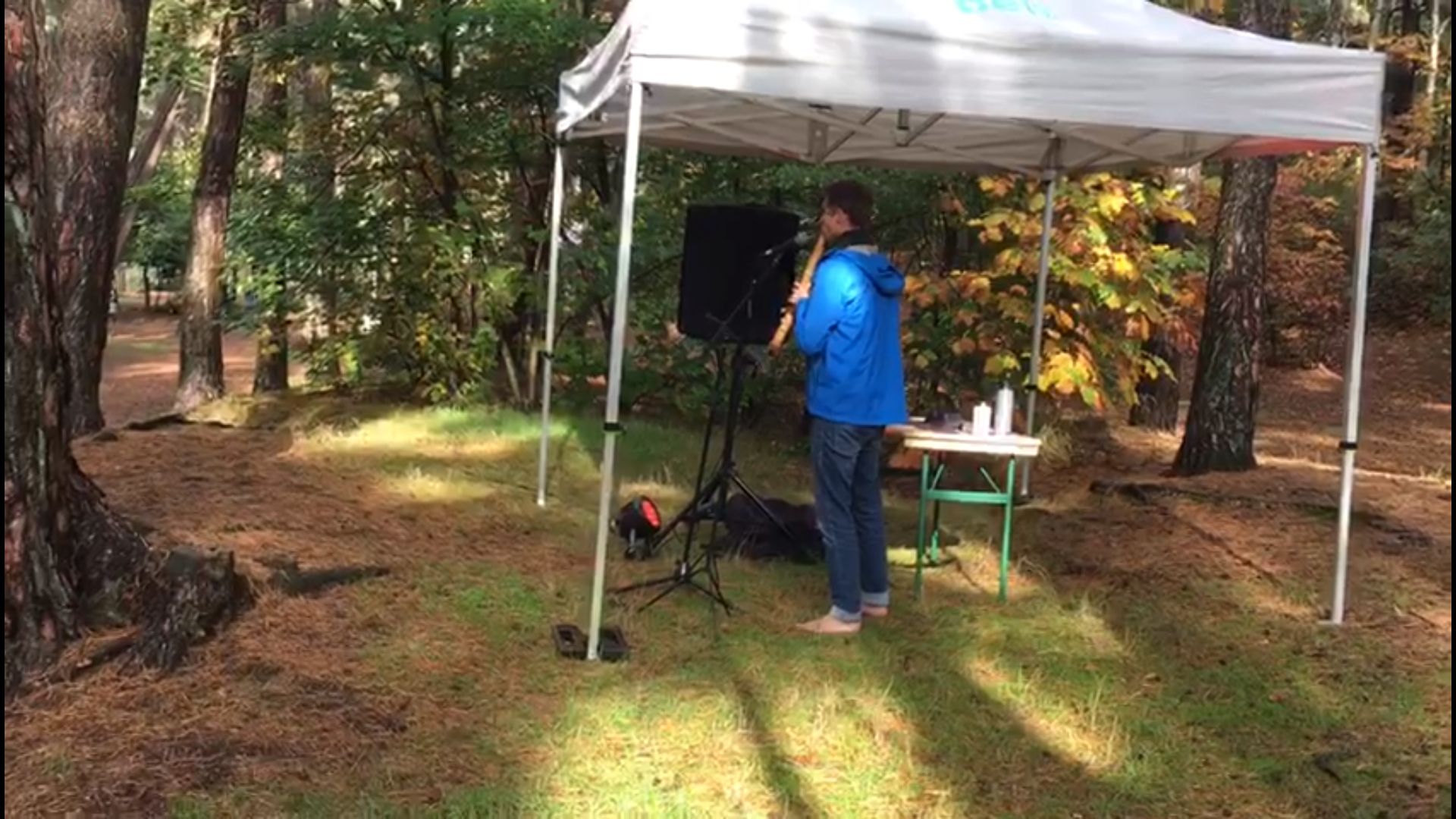