Sounding Situations (Milena Kipfmüller, Klaus Janek, Jens Dietrich)
The piece Triple Feedback draws attention to mutual listening and the power of recording. During colonial expeditions of German anthropologists in Rwanda at the beginning of the 20th century, unequal encounters resulted in sound documents that are stored today in the Berliner Phonogramm-Archiv and were not accessible to the local people for a long time.
In Triple Feedback, the artists’ group Sounding Situations investigates how power structures can be transformed through dialogue and new, original recordings.
Contemporary Rwandan songwriters, singers and music producers listen to the recordings that were previously inaccessible to them and send their analyses, comments, expertise, but also anger and rage back to Germany.
In their composition, the group Sounding Situations has transferred the old original recordings into their present musical language, which enters into an exchange with the visions and samples of contemporary Rwandan musicians.

The music was composed through a process of informing, listening and acting (playing, composing) according to the notion of OWN, and its fluidity.
sounddirection: Milena Kipfmüller
round table Kigali: Eric 1key
music: Klaus Janek, Sofia Borges, Michael Thieke, Milena Kipfmüller
dramaturgy and co thinking: Jens Dietrich
production: Fabia Mekus 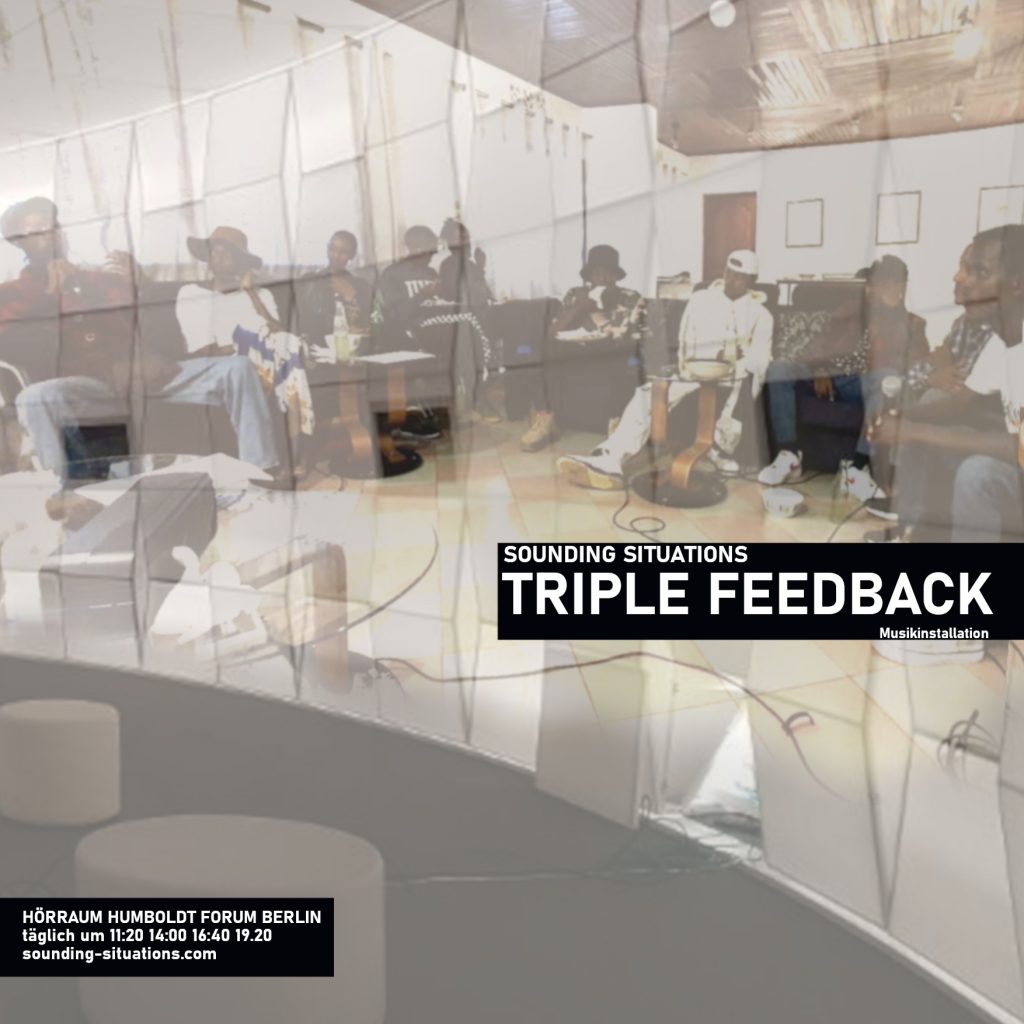