In a photograph from 1906, a crowd in southern Rwanda gathers for a magical event in front of a small apparatus on a table: deceiving the masses through technology. Behind the table is an official of the German colonial administration. The artists sell their talent without compensation. The funnel is directed at the musicians to the right of the table. A machine that sucks in the sound, carves the voices and the music into the wax rollers.

In the music theater MERGE, Sounding Situations plays out how the process of recording makes us who we are. Those who press the record button have power, framed for themselves and others. Through repetition, sounds, music, language become part of our identity.

In MERGE, the musicians and performers become sound carriers who turn the stage into a sounding negotiation space: Who owns what and who belongs where? Who takes in whom, in himself as the foreign or as his own?

MERGE is performed in Hamburg and Bujumbura: simultaneously and in reverse, Burundian and Rwandan artists go in search of what is worth recording.

Supported by the Hamburg Ministry of Culture and Media. 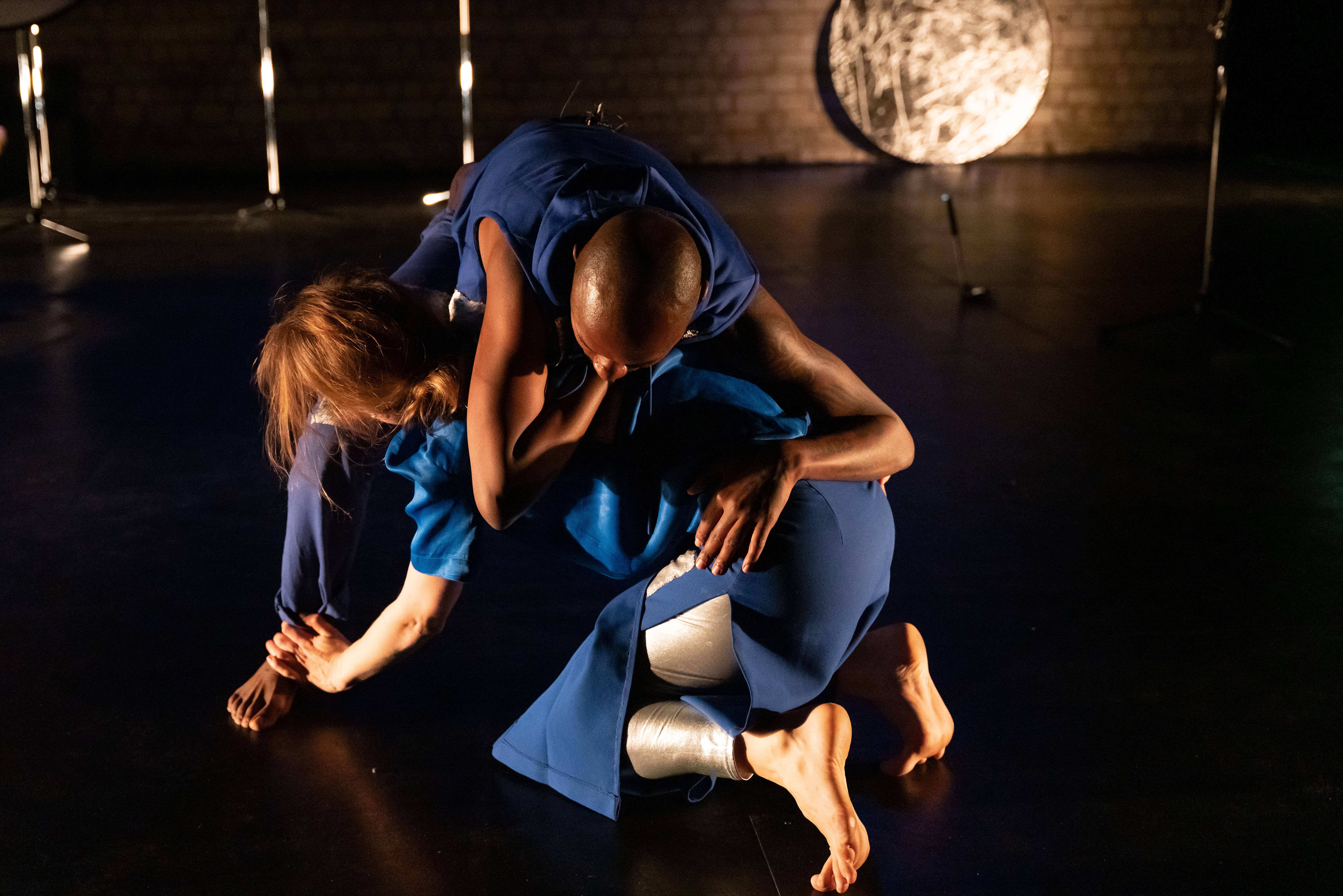 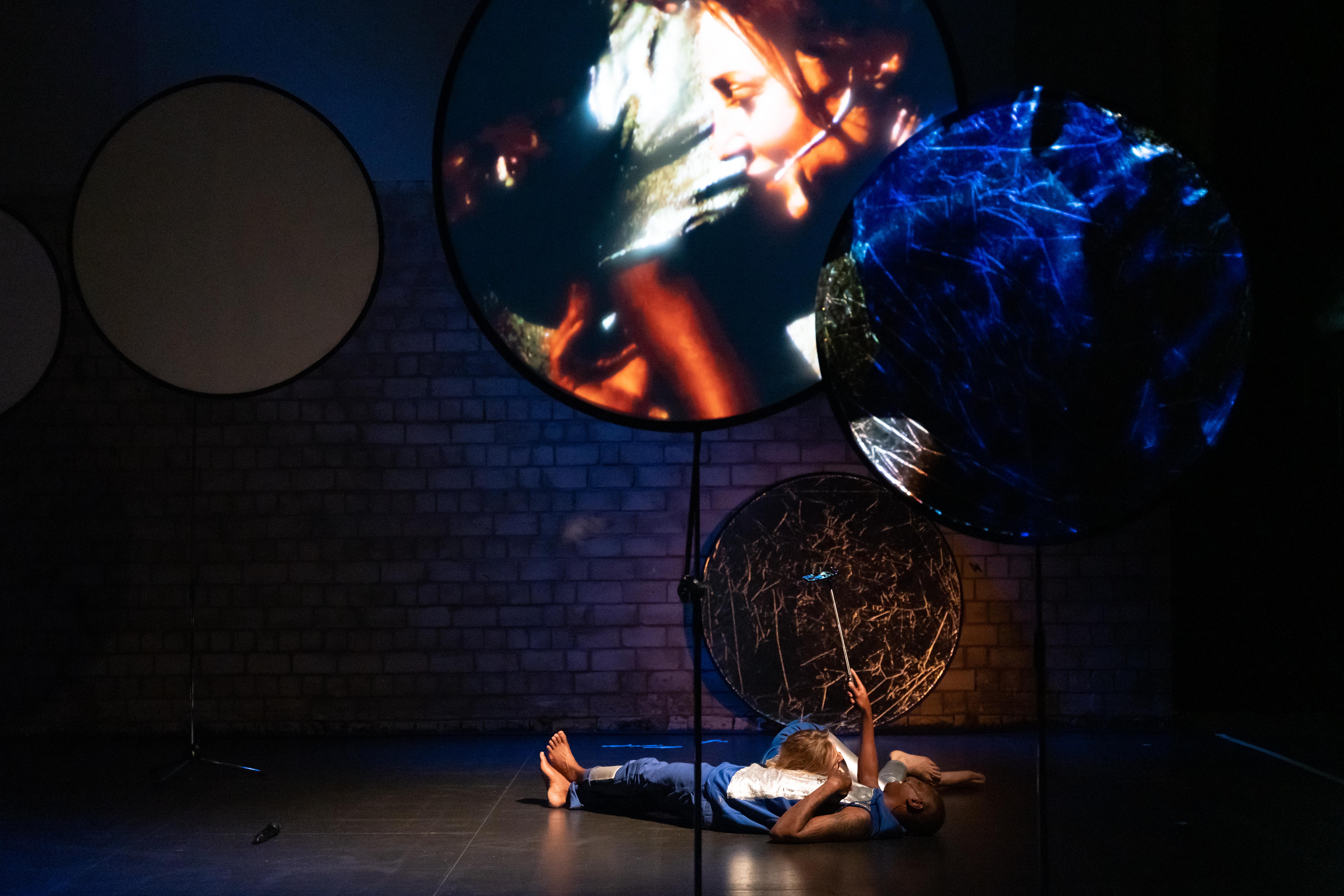 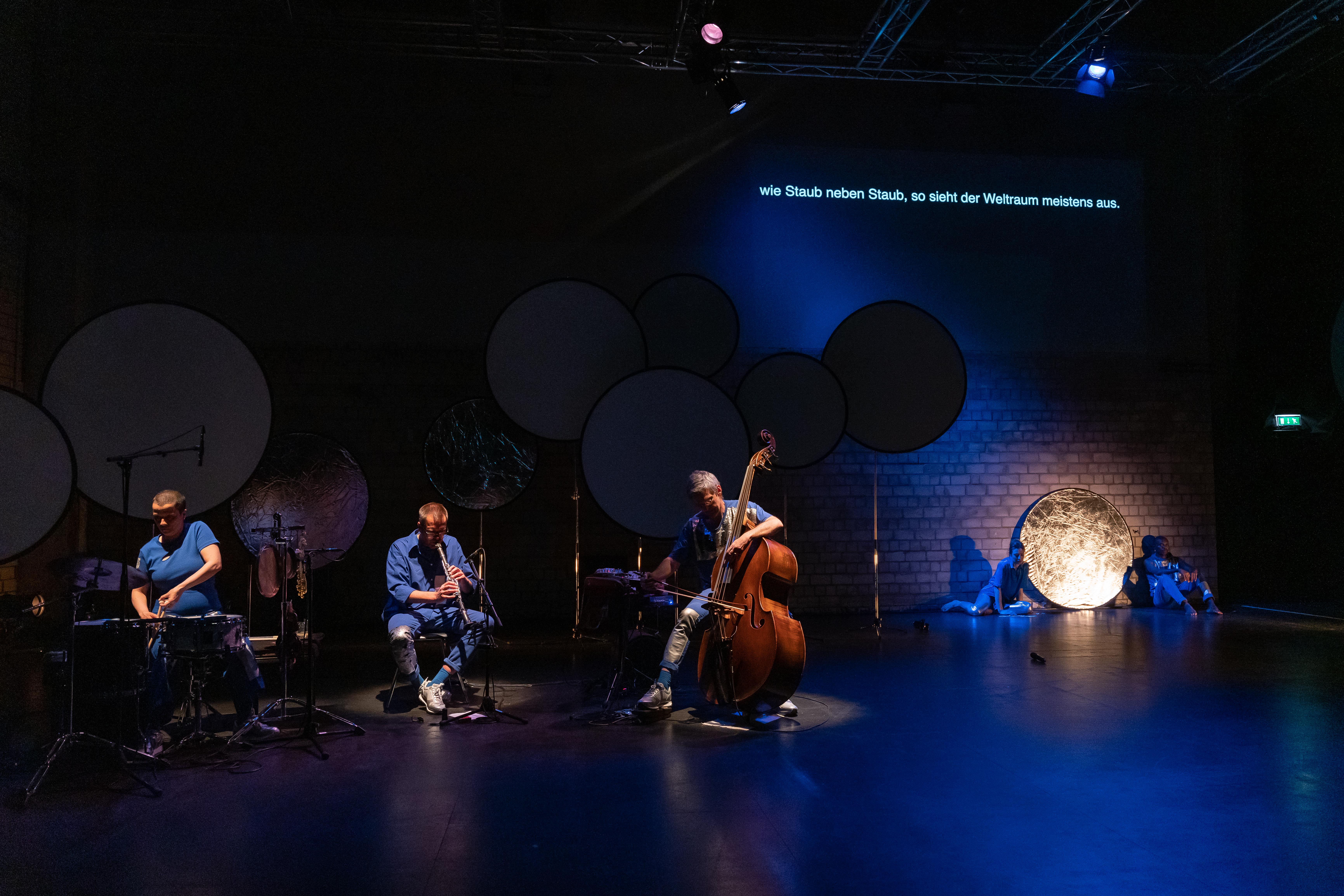