Upon hearing the word Rwanda, most people probably think of the genocide that began 25 years ago in April. There has been massive economic development since then and the country now presents itself as an “African Tiger”. But Rwanda’s younger generation, like Germany’s, has to grapple with a difficult legacy. Crossing magnificent visions of the future with yearnings for dispersed traditions, Dietrich and Kipfmüller, the Rwandan spoken word artist Eric 1key and the Berlin-based composer Klaus Janek have developed “Rwandan Records” – a record label, sound studio, bar and archive of personal recollections. The project presents a new and unusual perspective on identity in a global context. In Rwanda and Germany, there is a similar interest in pop culture and the keywords used in public debate – identity, migration, community, integration, home, tradition and prosperity – are the same. But in Rwanda, they are associated with completely different visions and thus gain new, expanded meanings. After recording many conversations with many people in Rwanda, Dietrich and Kipfmüller have created a heterogeneous ensemble of voices. This work of walkable musical theatre is at once sound installation and radio play, concert and staged space, whose acoustic architecture is shaped by the audience. The composition moves between different times and worlds, between traditional songs, pop music and electronic sounds. The voices of the ensemble and its stories become a moving live symphony. The audience’s movements are tracked so that at the end visitors can download and take home with them a personal album of the stories that they heard. Only the files that are listened to will be saved. The others will vanish. Individual decisions thus enable collective knowledge to be preserved or actively forgotten. A narrative that transcends genre and culture will emerge on the basis of a combination of different times, visions of the past and the future, as well as breaks in people’s biographies.
Jens Dietrich works in Rwanda regularly. He was last there for the theatre production “Planet Kigali” that premiered in winter 2018 in Kigali and at Hamburg’s Kampnagel
theatre. Milena Kipfmüller won the Blind War Veterans’ Radio Drama Prize for her radio version of the play “Hate Radio” and she and Klaus Janek won the 2018 Music Theatre NOW Award for their production “Musraropera”. In 2007, Klaus Janek composed the techno opera “Afterhours” for one actor, 3 sopranos, 1 alto, 1 bass, 1 rock singer, a choir and a sequencer, which premiered at Berlin’s Berghain club. Janek’s music explores the boundaries between “serious” and popular” music, performance and installation, noise and music, traditional and contemporary and analogue and digital. 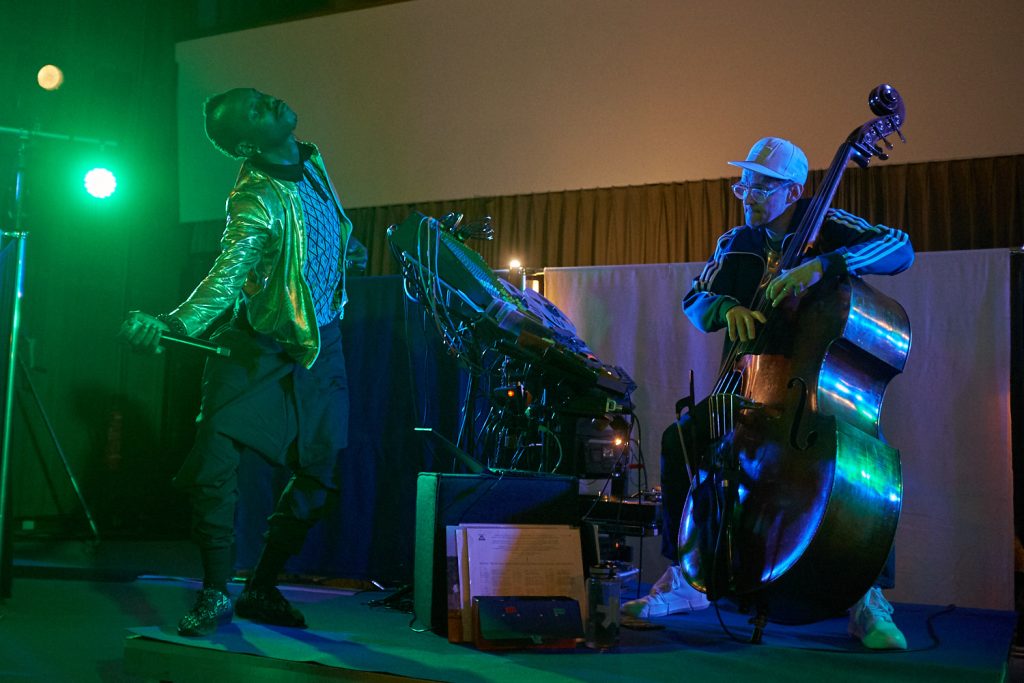