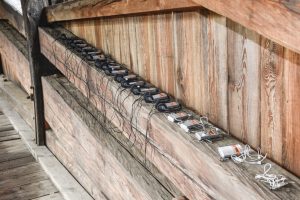 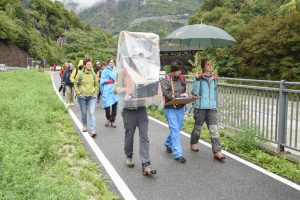 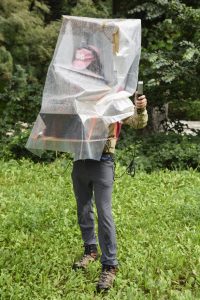 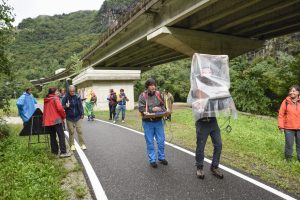 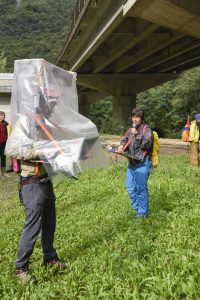 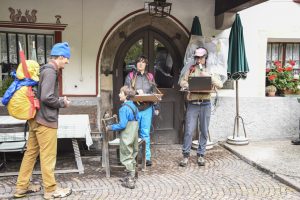 Concerto Ambulante is a performance and live-audiowalk in dialogue with its environment. The duo Sounding Situations works without any presets or pre-recorded samples and invites to a collective walk with the audience to discover sounds and sceneries that are captured by open mics, ears and eyes. All the sounds for the piece are recorded along the way and transformed into music instantly. In parallel a descriptive frame creates a context, that makes up scenes by the act of observation in dialogue with the musical composition. The performance is broadcasted directly to the audiences smartphones that perceive a synthesis between the different elements in interaction – including themselves. The headphones are permeable so that the source is able to interfere in what is heard. The technical construction of imagination stays always transparent and invites to interact.
In this way the massive architectural structures and wild nature melt into new and shared paths. The landscape becomes a scenery, cars, bicycles, and passers by the performers. The everyday life with transformed soundtrack turns into a fictive film without a screen but real images. The different layers of transition, music creation, description, interpretation and imagination compose a walkable theatrical sound-track.