a sound and space accomplishment

It is a meeting of two intellectuals of very different age, one is 20+ the other 80+.
Both argue and act out of their constructed or lived reality. Kuhlbrodt as a retired german left wing prosecutor, with two grown up kids, the memories of his dead wife,  his comrade Christoph Schlingensief, the times in the Hitlerjugend and much more. He struggles with todays achievements as for example the mobile phone, facebook, and his almost romantic vision of the young people chained to computer and internet. Whereas Simon the young intellectuals reality orientates more versus future and now, and the main questions why Kuhlbrodt referes so much towards past, and why internet and computer seems such a big deal. The setting demands from the two a maximum of honesty and authenticity. They don’t play a role – and in fact they don’t. Their action radius is build by lived experience, intellect and knowledge.

The project is divided into two chapters.
1. the two meet for two weeks in an empty and disused apartment to ask and answer questions, to freely associate, analyze the situation and divide the few furniture and rooms between them selves. The cast involves more active people: Ruth Geiersberger, which moderates and functions as master of ceremonie, inspiring the two by contributing her vision being a 50+ generation member. Klaus Janek 40+, archievs the situation via audio, and follows a structure of 2 min recordings. Additionally he archives auditively the apartment and reproduces the space in the second chapter. Judith Hummel functions as guest carer for the audience and questions and answer through her perspective as 30+ .
The situation offers 4 public days: audience is welcomed to witness the sitation

2.the second chapter is situated in a theatre space at hochX in Munich. The apartment setting is abstractly reproduced on the action space – there is no traditionally stage, but a space which is populated by actors (informed – Kuhlbrodt/Spehr/Geiersberger/Hummel/Janek) and not informed (audience). The archive is organized in the way that the recordings of a specific room in the empty apartment is played back in the part of the space claimed to be the mentioned room. Recordings from the Spehr room played back in the Spehr area of the space. The recordings of the public days in the apartment correspond to the performative days. The 2min recordings dissolve after being played – a form of self erasing archive – and while played display a together experienced situation of NOW. The past NOW is combined to the actual NOW.

An auditive ambience is created by the reproduction of the sound situation in the empty apartment, the atmospheric situation is created by the use of the furniture from the apartment.
The first chapters public opening happend in june for 4 days á 4 hours, the second chapter was a 75 min public situation. “Premiere” of the theatre situation was oct 4th, performances on 5th, 6th and 7th. The project was funded by the Kulturreferat der Stadt München and concieved by Ruth Geiersberger. 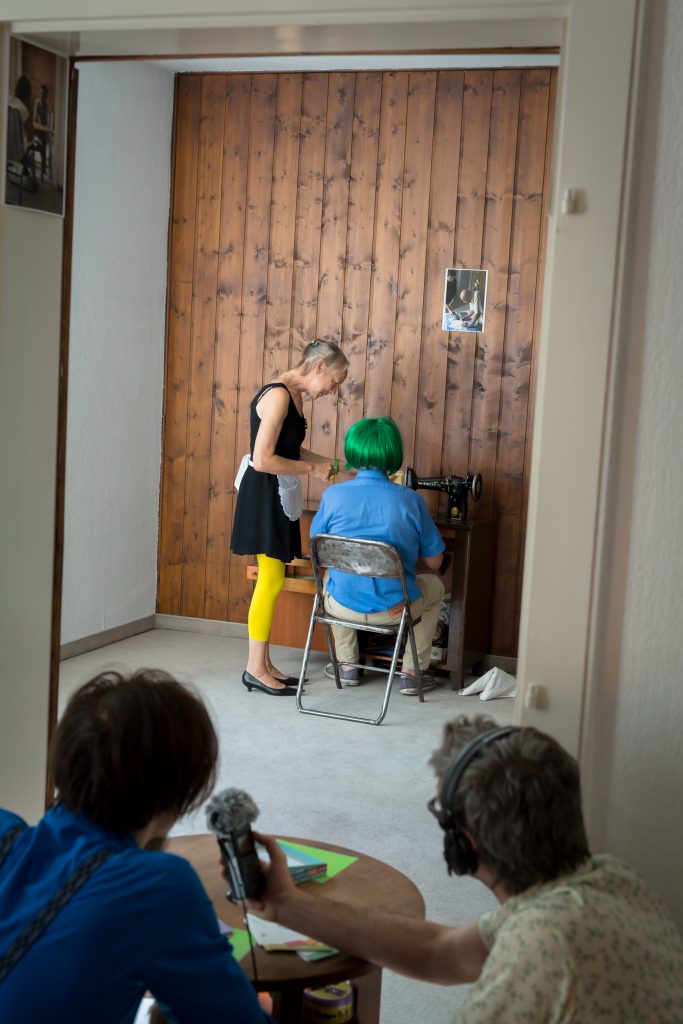 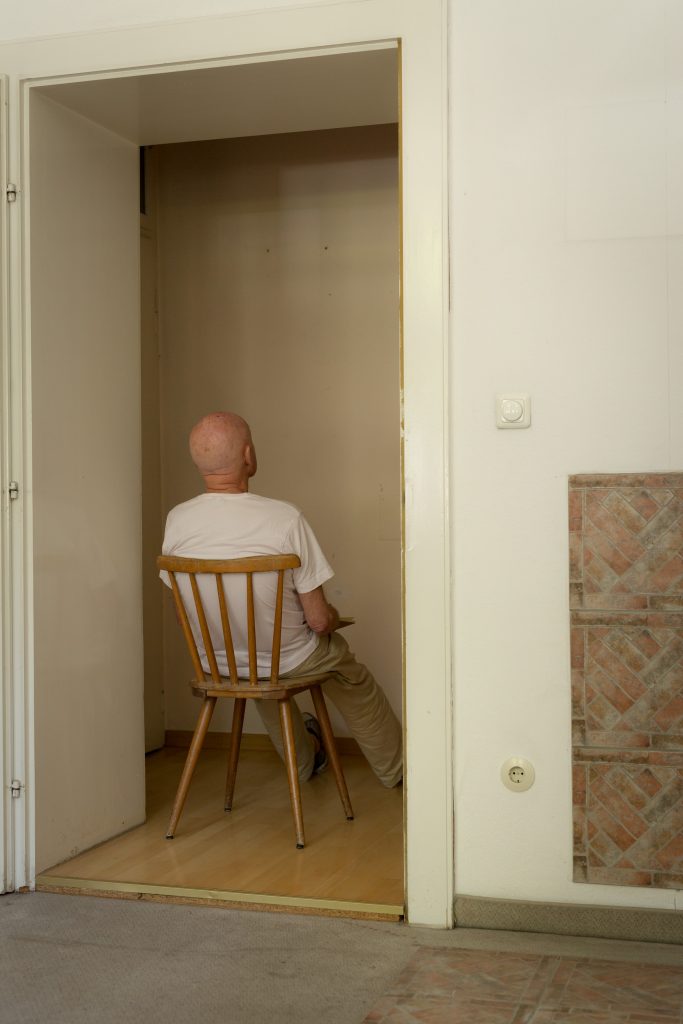 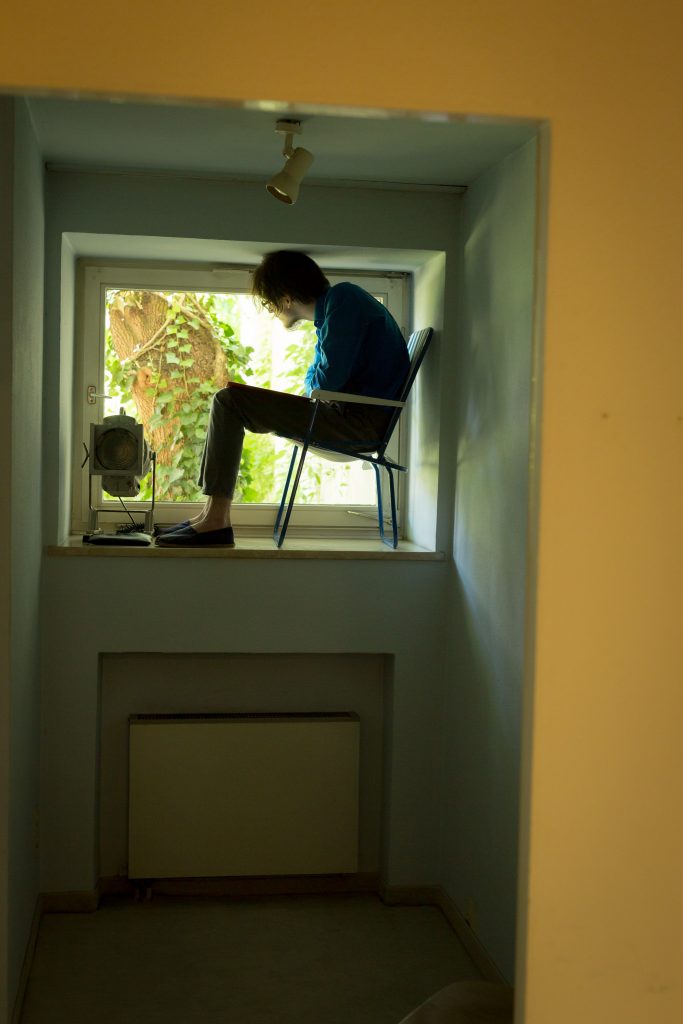