by sounding sitations (Klaus Janek & Milena Kipfmuller)
Miss Hecker, Berlin
Echolot searches for hidden sounding and musical material that is saved in books. Written words that transmit semantic meaning are for us scores for sound and music. Transformed through the voice of the visitors into sound, the short and playful recordings get overlayed, (de)composed, sent, resent and recieved by the listener in musicalized form. An inicially „simple“ sembling recording of one voice transforms into a four-part fugue, into a mix of music and language and then into a rythmic-electronic
musicpiece-radioplay. The listener can constantly rearrange, record and re-influence the live mix together with the performers and suggest new and other spoken or musical accents, a different text passage or speak in other languages. The construction is therfore a living instrument to reaserch the sounding depts of the library. Visually we play with different axis, that shift the perpective leading always back to the listening. The books and the readers overlay, scores and players, as basic elements of the always changing composition.
The project was developed for the library of the Goethe Institut Montreal for the nuit blanche 2016 and presented as stage performance at the matralab of the Guy Concordia University Montreal and in december at Miss Hecker, Berlin 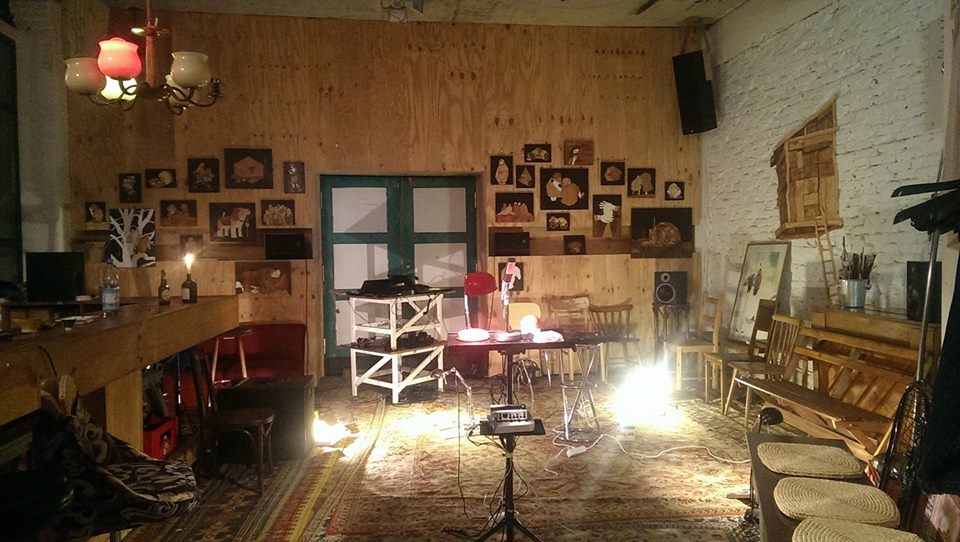